An army of armored soldiers comes out of the building and declares the Earth to be under the rule of their leader, Lord Slug, and terrorize the citizens for laughing at them. Gohan and Chi-Chi appear and fight the soldiers, whose eyes appear to be hypersensitive to the sunlight, but Chi-Chi is easily subdued and Gohan loses his hat with the four-star Dragon Ball as Slug himself appears and takes it. Bulma appears and defies Slug’s henchmen, who reveal their intentions to Terra-freeze the Earth and turn it into their own star cruiser. Slug reads Bulma’s mind and learns about the Dragon Radar, and orders his men to find the remaining 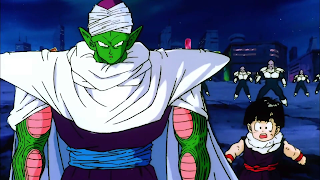 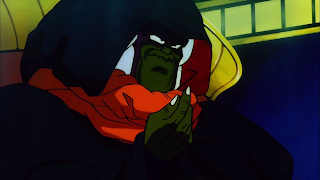 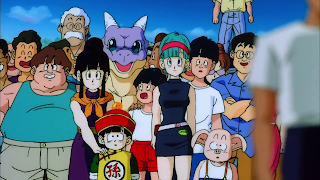 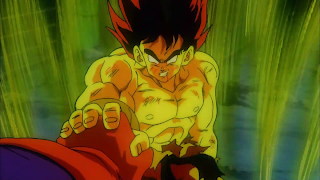 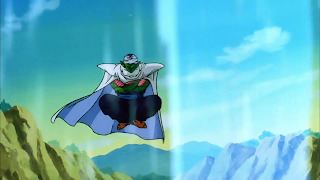